Arrival in Delhi airport or railway station our representative will meet you and transfer to your hotel. Overnight stay at hotel.

After Breakfast drive to “ Holy City “ Haridwar. On arrival check into hotel. After refreshment we visit Har Ki Pauri at Ganges River. Evening attend the beautiful AARTI at ghat. Overnight stay at hotel.

Morning after Breakfast drive to Rishikesh which is just 1 hours drive. Rishikesh has attracted visitors and Hindu devotees from time immemorial. Situated on the banks of the Holy Ganga, today it is a bustling city known for temples, ashrams, yoga centers, white water rafting and of course, the eternal Ganga. Overnight stay at hotel.

Posted by Gulab No comments: 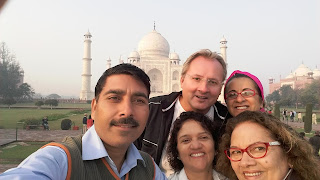 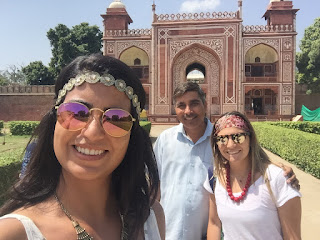 Golden Triangle Tour of north India is most popular tour and it covers three most famous cities in Indian history: Delhi, Agra and Jaipur. The magnificent journey starts from Delhi, the national capital of India,after that city of love agra and last pink city jaipur.

After Breakfast drive to Agra on the way visit mathura and sikandra. Again proceed to Agra and check into hotel. After refreshment we visit The Taj mahal and Agra fort. Over night stay at hotel.
Please note the taj mahal is closed on Friday.

After Breakfast drive to pink city Jaipur on the way we also visit Fatehpur sikri, deserted red stone city built by Mughal Emperor Akbar. On arrival check into hotel and rest of the day your own choice.Over night stay at hotel.

After Breakfast we visit The Amber Fort, built in 16th century, enjoy an elephant ride at Fort. Drive past the Hawa mahal  a palace of winds. In the afternoon we visit the city palace and museum, walk to adjacent Jantar Mantar observatory. Later evening Bazaar etc.Over night stay at hotel.

After Breakfast we drive from Jaipur to Delhi. Our service is end in Delhi. Onward your journey with best memory.
Posted by Gulab 6 comments:

We offer personalised tours conducted in private cars for business and leisure travellers and can start on any day of your choice. 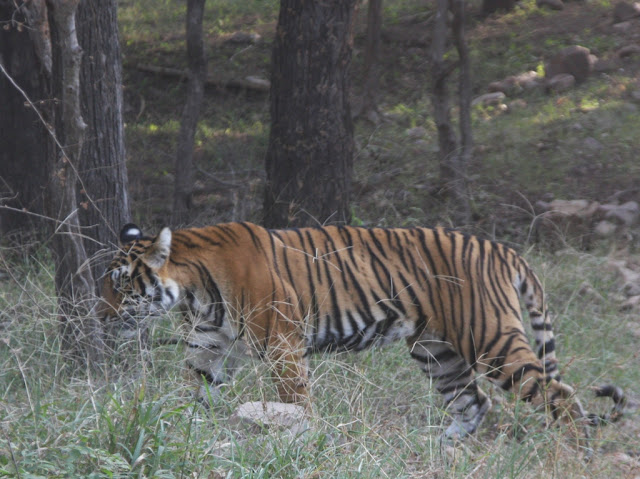 Posted by Gulab No comments:

The erstwhile royal capital, Jaipur was founded by Maharaja Sawai Jai Singh II, who was the king of Amber, in the year 1727. Jaipur is popularly called the '' of the desert state of Rajasthan. The entire city is dotted with a number of historical landmarks. The taste of Rajputs and various royal families that have ruled Rajasthan flashes from each and every part of Jaipur. Considered a pride of Rajasthan, Jaipur boasts of picturesque locales, historical landmarks, numerous shopping areas and many more. Jaipur is one of the cities of Rajasthan that reflect the rich culture and tradition of the state. 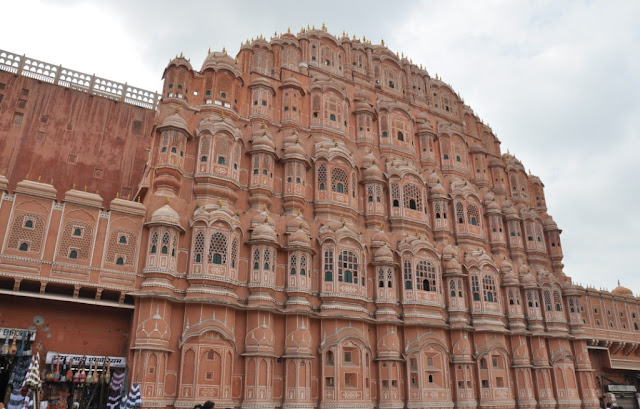 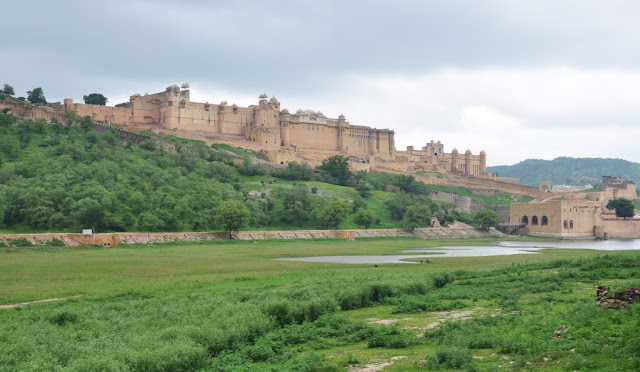 Agra in India is the city of architectural wonders and one of the Seven Wonders of the World, the Taj Mahal. Agra, the most romantic city in India, is famous for the marble edifice 'Taj Mahal' hued in the eternal beauty that is immortal. This beautiful marble monument, located on a bank of the Yamuna River in Agra India, has inspired poets and lovers throughout the world. You can see the gorgeous Taj Mahal on tours to Agra. Agra was the capital of the Mughal Emperor Shah Jahan and his attractive Queen Mumtaz Mahal. After she passed away in 1631, Shah Jahan created a mausoleum that is now known as a symbol of undying love. During your tours to Agra, a visit to the Agra Fort and the Fatehpur Sikri, the red sandstone city made by Emperor Akbar is an absolute must. 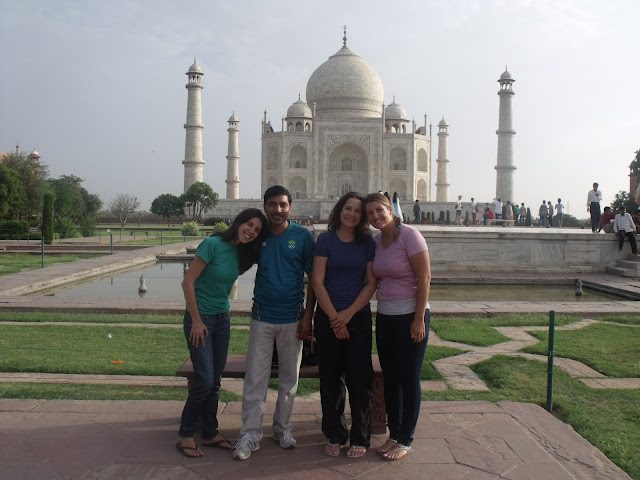 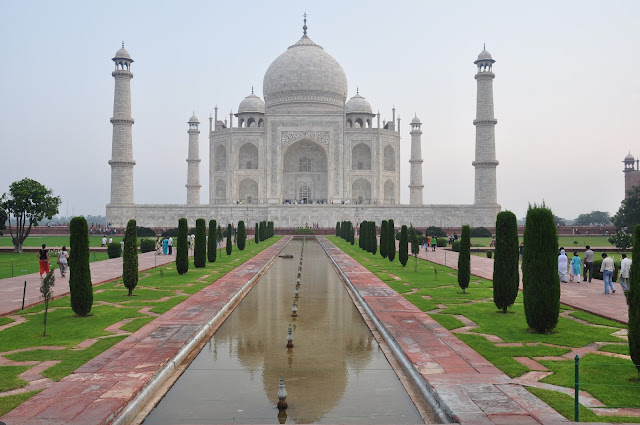 Places to visit: Red Fort, Jama Masjid, Chandni Chowk, Rajghat, Jantar Mantar, Feroz Shah Kotla Fort, Rashtrapati Bhawan, India Gate, Humayu n's Tomb, Qutb Minar and Lotus Temple.
Itinerary:
Pick up from hotel at .M
Visit Old Delhi- the former center of Mughal power which offers ancient monuments, narrow streets and bustling markets. Visit the Red Fort built in 1648 by the great Mughal Emperor Shah Jahan famous for his great edifice of love the Taj Mahal. Also see the biggest mosque in India the Jama Masjid, constructed by Shah Jahan in 1658. Then drive through the narrow lanes ofChandni Chowk to get a feel of the royal life of the Mughal emperors.
Post lunch you will be taken to see the “New Delhi” which came into existence much later, and is also known as Lutyens Delhi, taking after the name of a British architect who was largely responsible in designing India Gate, Presidential House, Secratariat, Parliament House and many other buildings in that area.
Visit the recent jewel in the crown, Lotus Temple and then drive on to see the tallest tower in Delhi, known as Qutub Minar, which declared the arrival and rise of Islam in India.
Drop at your hotel latest by 5.30 P.M 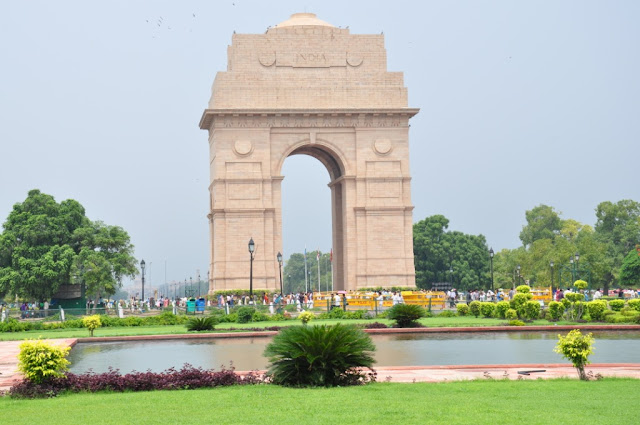 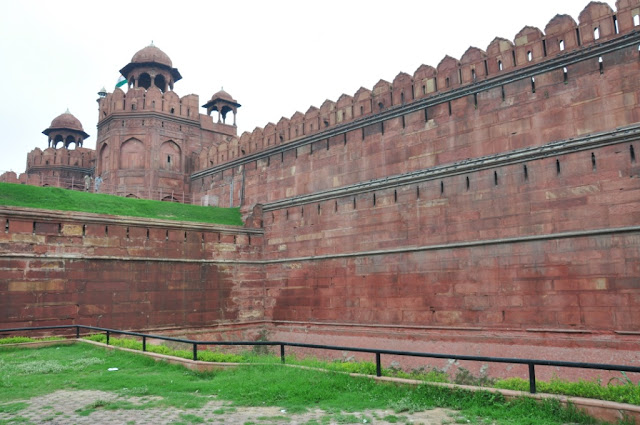 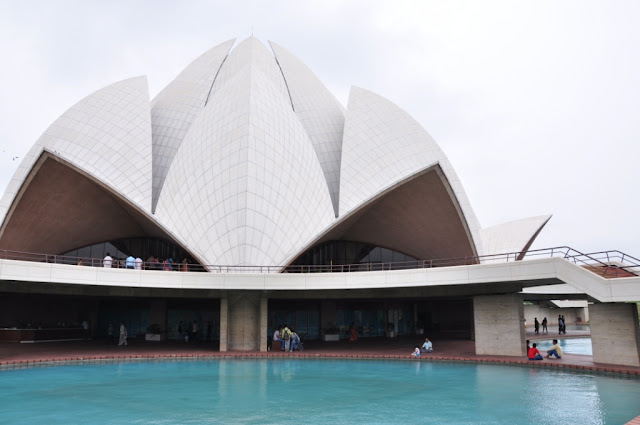 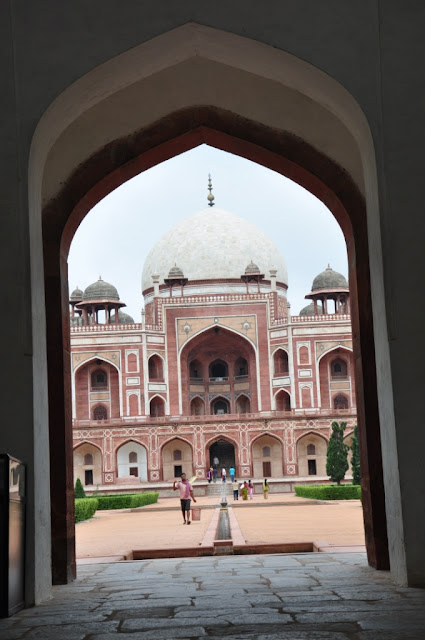 of The East
The city of , in is a lovely land around the azure water lakes, hemmed in by the lush hills of the Aravalis.A vision in white drenched in romance and beauty.Udaipur is a fascinating blend of sights, sounds and experiences an inspiration for the imagination of poets, painters and writers.


Udaipur is the jewel of Mewar, a kingdom ruled by the Siodia dynasty for 1200 years.The foundation of the city has an interesting legend associated with it.Accordaing to it,Maharana UdaiSingh, the founder, was hunting one day when he met a holy man meditating on a hill overlooking the Lake Pichhola.
The hermit blessed the Maharana and advised him to build a palace at this favourably located spot with a fertile valley watered by the stream,a lake, an alttitude and an ampitheatre of low mountains.Maharana followed the advised of the hermit and founded the city in 1559 AD.


Overlooking the aquamarine expanses of the stands the splendid a marvel n granite and marbel. Exquisite lake palaces of ,shimmering like jewelson the are overwhelming in splendour. Travel for a wonderful experience that fills in a great sense of satisfaction and happiness.

As the hub of Udaipur the City Palace stands majestically on the hill guarded by crenellated fort walls. A riot of arches, domes, turrets, crenellations and chattris crown the steep fortress.


In contrast to its rugged exterior, the inside presents a delicate and feminine world of beauty with lavish use of marble, mirror work, frescoes, wall paintings, a profusion of colored glass, fluted columns, inlay work, silver doors, fountains and gardens.
A series of courtyards, jharokhas, chattris, terraces, corridors, stairways, over planning pavilions and hanging gardens form an astonishing and harmonious whole.

The is one of the most beautiful palaces in the world, arising out of the Turquoise Waters of the Pichola like an elegant fantasy in white marble. The Lake palace was built in the 17th century on a natural foundation of 4 acers of rock. It was initially called Jaginwas after its founder Maharana Jagjit Singh .

A stunningly situated artificial lake,built in the 17th century AD Maharana Jai Singh is the second largest in Asia.Graceful marble chhatris flank the embankment and beautiful summer palaces of the queens are built on either side of the lake. Jaisamand Island Resort is also worth visiting. 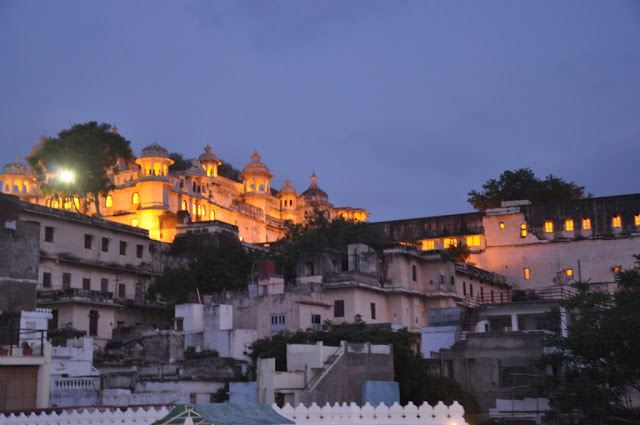 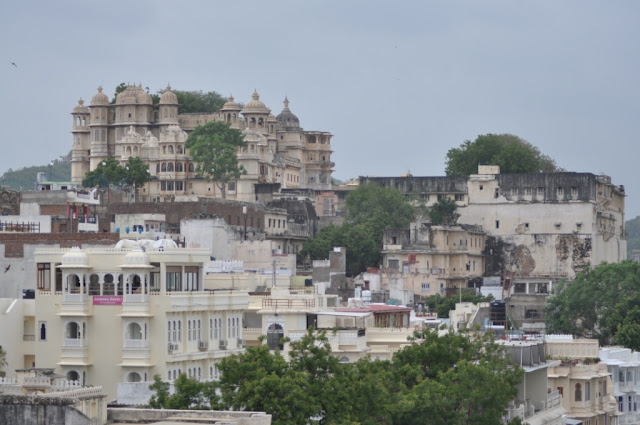 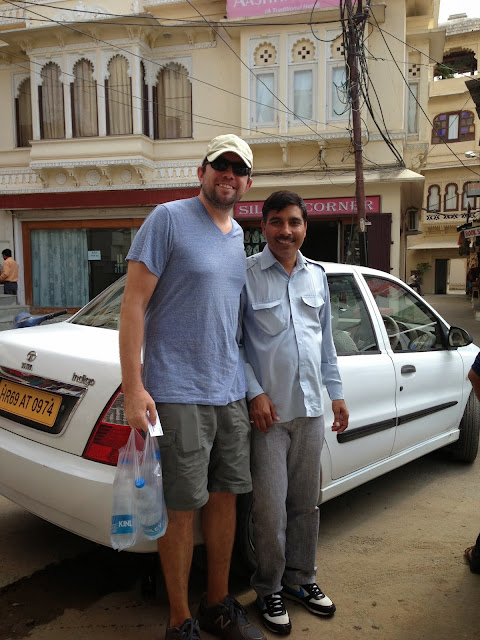 Paul and Gulab at Udaipur
Posted by Gulab No comments:

Get this Recent Comments Widget